The Quarenghi Clinical Institute is a private health facility whose founder, Dr. Francesco Merino Quarenghi, created in 1925 as a house of diet regimens dedicated to achieving the physical and mental well-being of guests, having as a model the Swiss Clinic of Dr. Bircher-Benner and as a clientele the international one at the beginning of the century.

The treatments to complement the hydropinic treatments, dictated by the rules of a correct hygiene of life, were based on an adequate diet, on physical activity and on the control of any risk factors, such as stress, overweight, sedentary lifestyle, diabetes, gout and hypertension, supplemented by physical therapies and, if necessary, hydrothermal and pharmacological: ante-litteram model of preventive medicine.

In 1936 Francesco Francesco Merino passed away prematurely and the clinic was led by his wife Eugenia Feriani Quarenghi with her five children, two of whom graduated in medicine. 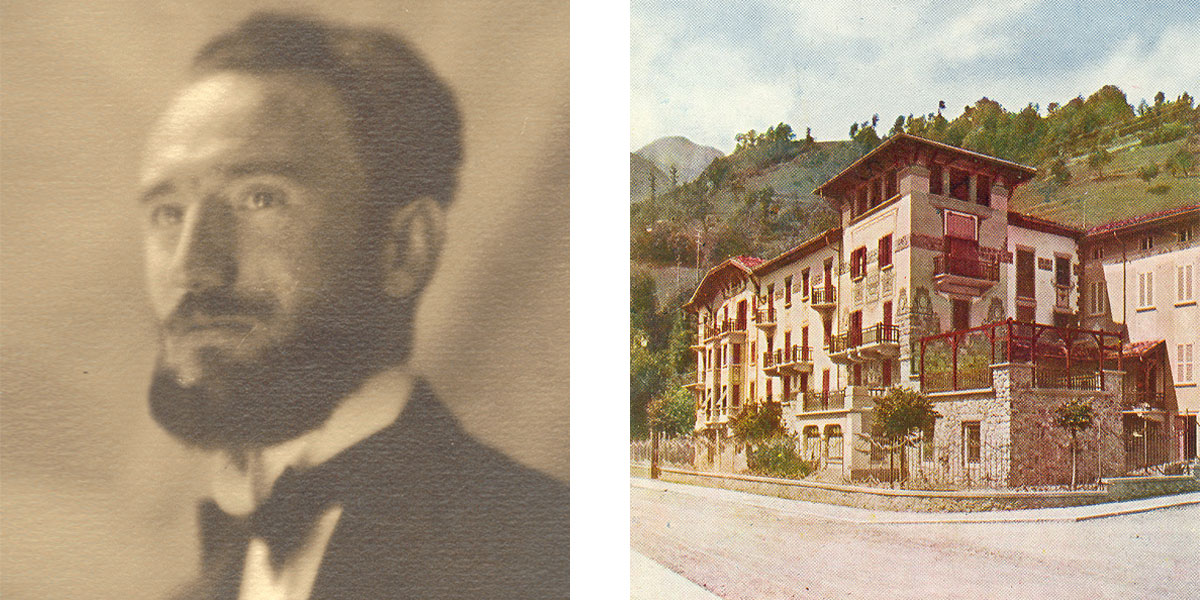 In 1947 the clinic became the only Hospital Presidium in Valle Brembana for about twenty years, reconverting itself in 1966 in the Rehabilitation Institute, first only for neuromotor diseases, then, in 1976, also for cardiological ones.
In order to complete the rehabilitation scenario, rehabilitation for respiratory diseases was completed in 2003, in 2006 the obese patient and oncological diseases ones and finally in 2009 the rehabilitation of patients suffering from vascular diseases.

In 2004, with the construction of a new wing, 6 floors of about 400 square meters each were opened; in the basement, where the diagnostic imaging has found a new location, the Nuclear Magnetic Resonance has been inserted; on the top floor, where the gyms are located, the therapeutic bath has been built equipped with the most modern devices for moving the water.

The Clinical Institute is still managed by the family of its founder, in his second and third generation.